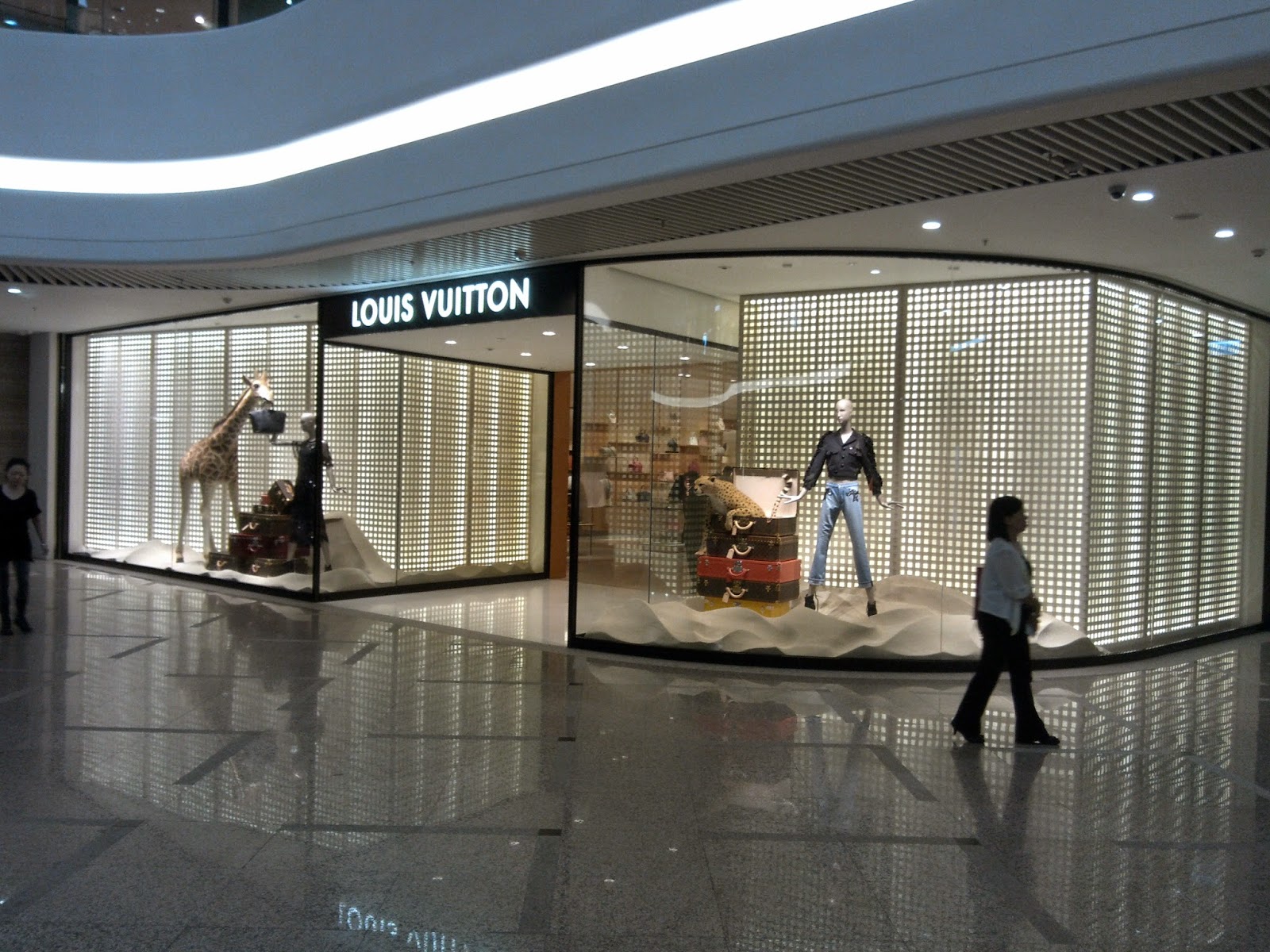 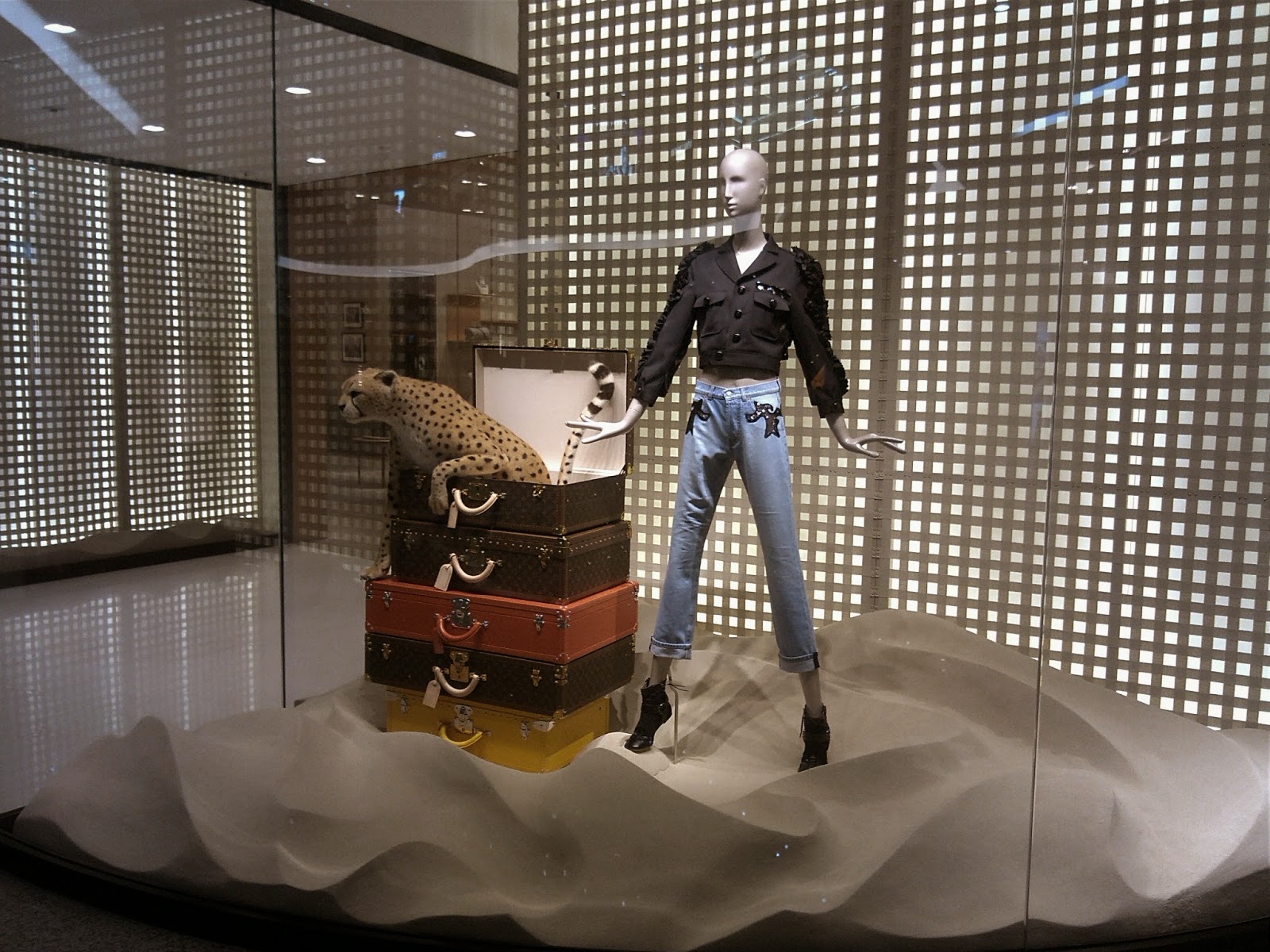 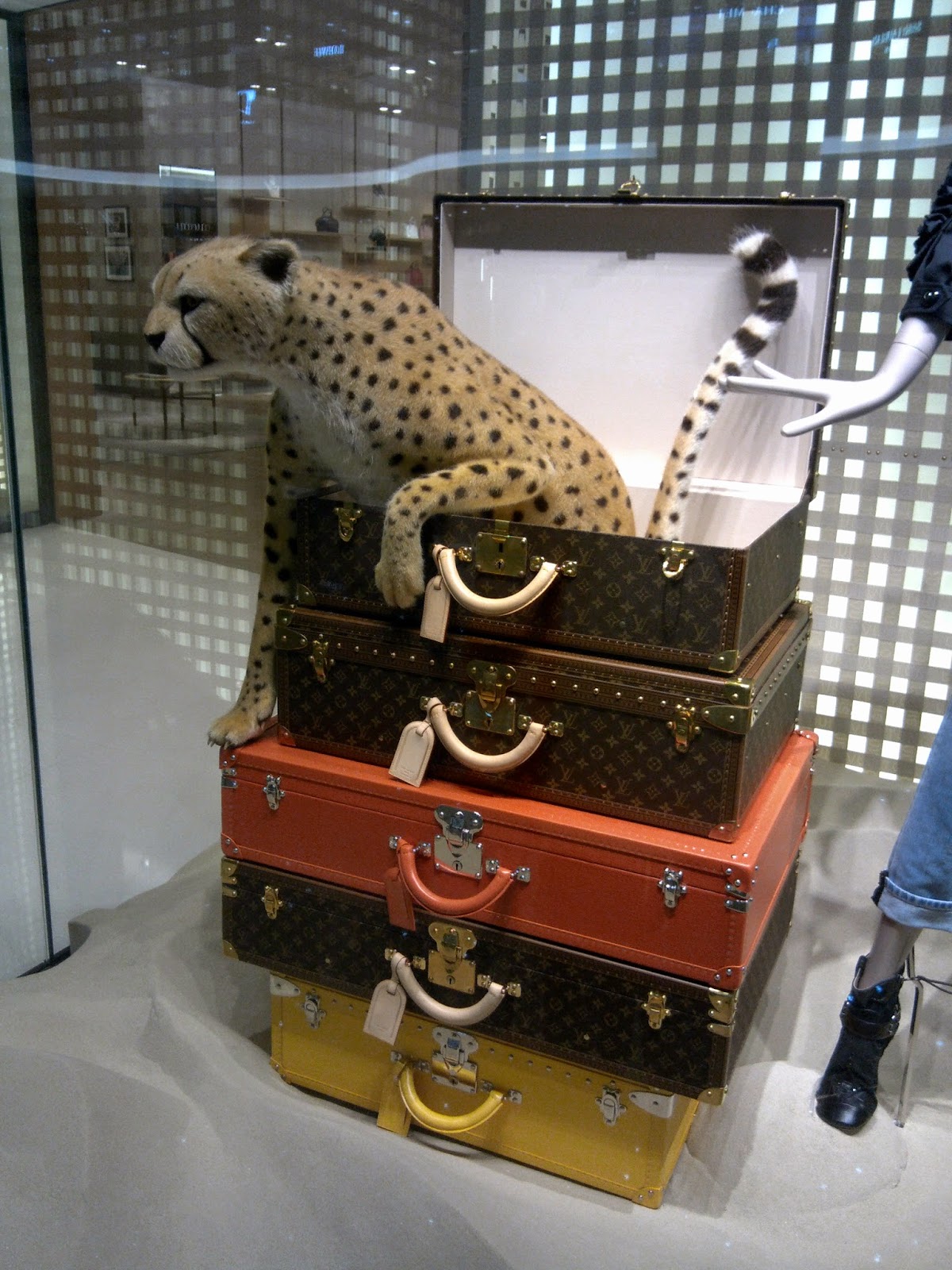 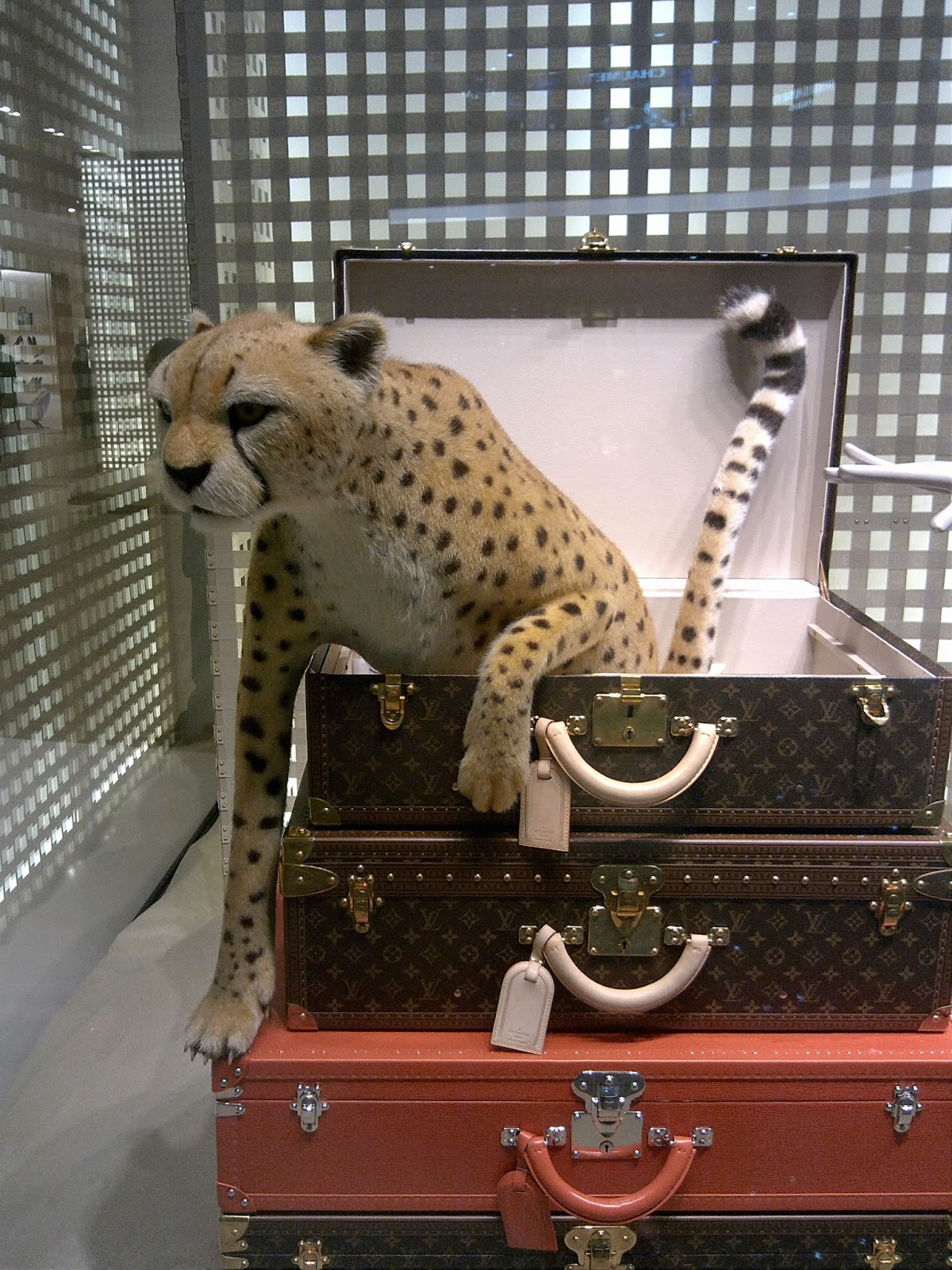 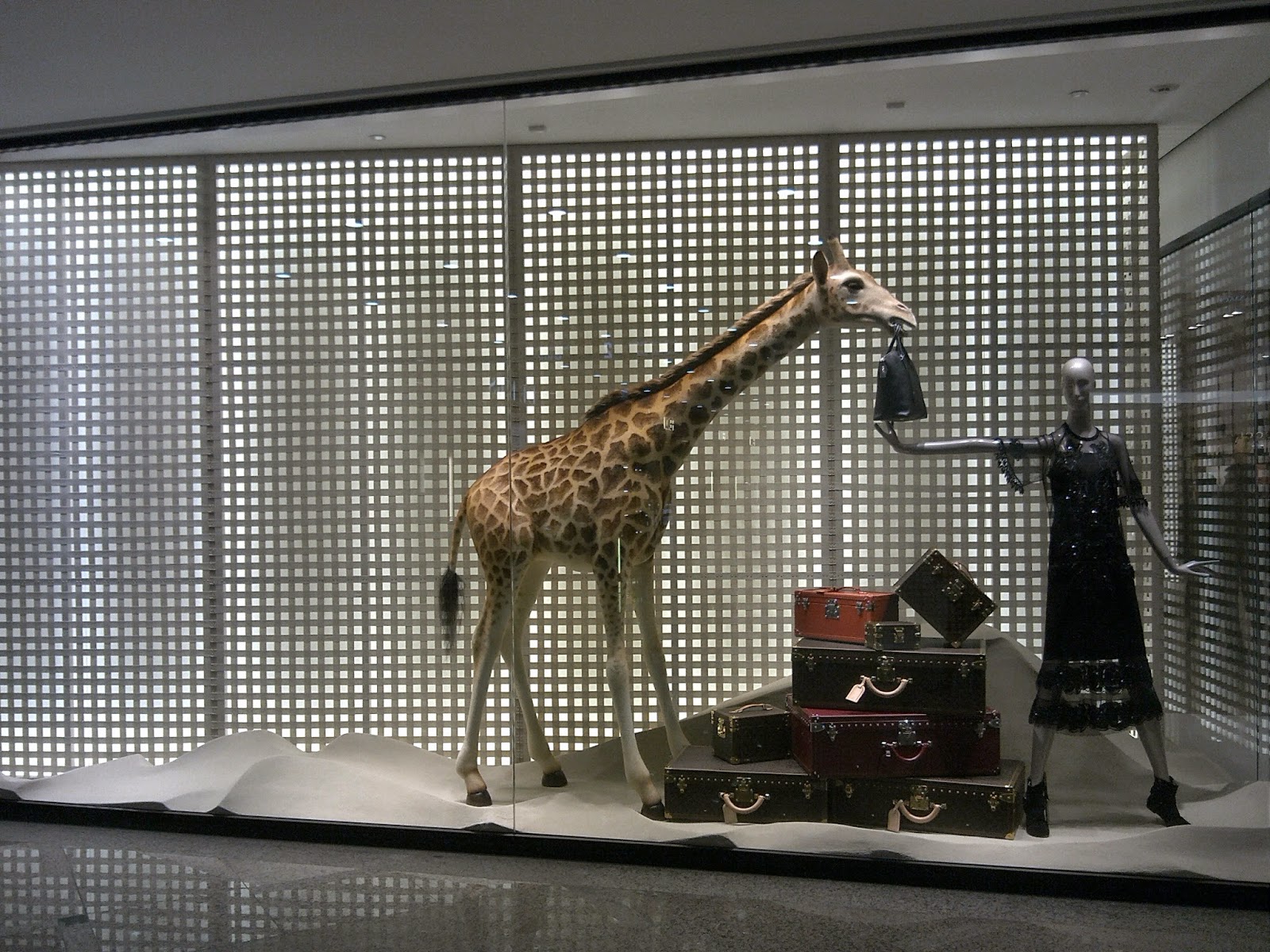 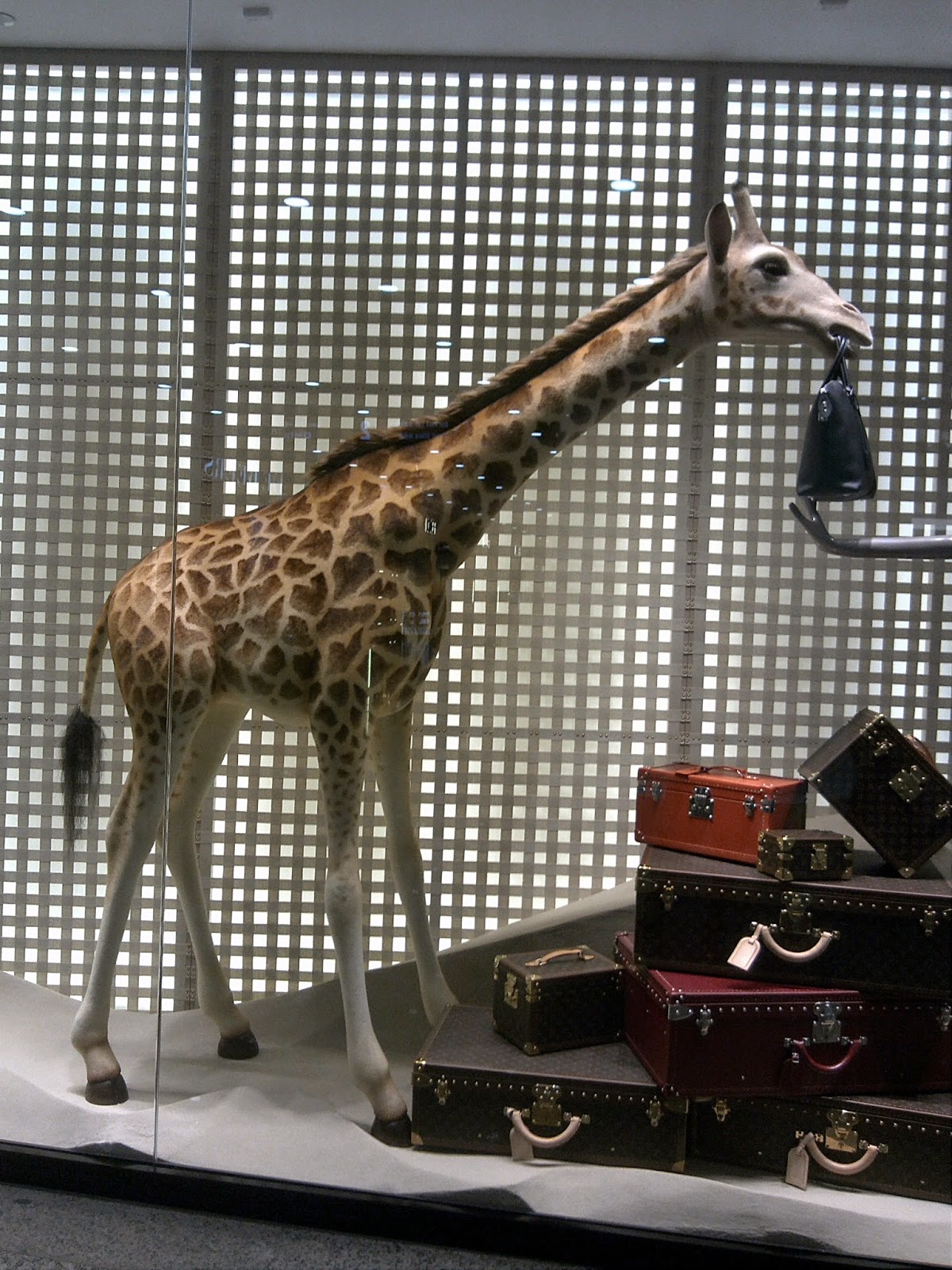 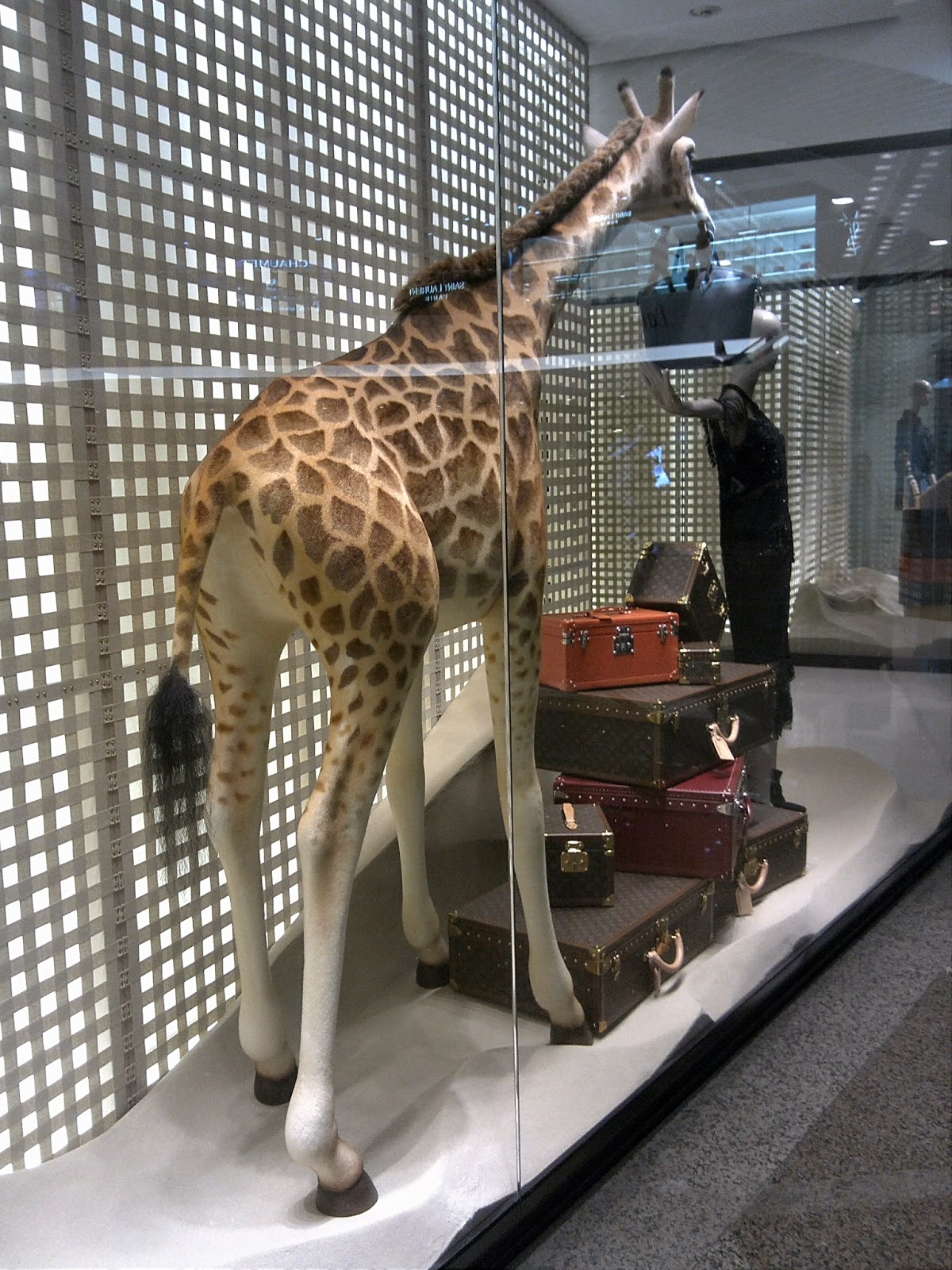 Louis Vuitton had released a series of safari themed advertising image some months ago that becomes my most favorite image ever from this French luxury brand. In the photos that were shoot by legendary photographer Annie Leibovitz in South Africa and starred by two British supermodels, Karen Elson and Eddie Campbell, we can see the intimate connection and communication between the two beauties and the wild life creatures of Africa like giraffe and a leopard. Those fabulous images are now translated into a window display arrangement for Louis Vuitton Times Square boutique. Amazing!