Jakarta, the capital city of Idonesia, will celebrate its 486th anniversary on June 22, 2013. There are many activities being held to anticipate this birthday like Festival Jakarta Great Sale 2013, Midnight Sale festival (some kind of Fashion Night Out), and also cultural parade and music entertainment at Monas, one of Jakarta's iconic monument. Besides those events, hundreds of shopping malls throughout Jakarta also decorate their building or corridors with decorations inspired by the Betawi culture - Betawi is the original tribe of Jakarta people. One example can be seen via Alun - Alun Indonesia window display that looks very Betawi. 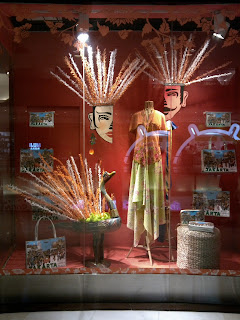 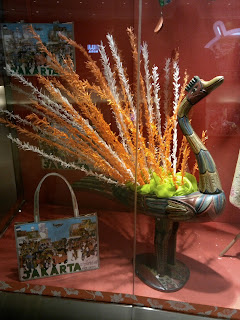 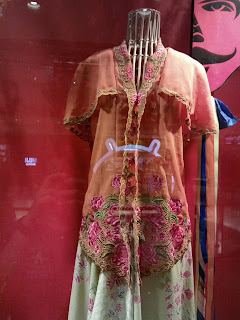 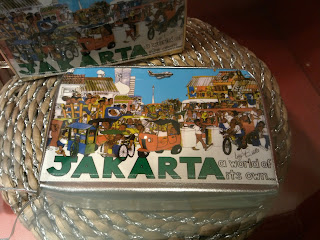 Near the main entrance of Alun - Alun Indonesia, the window is occupied by a mannequin with traditional women outfit called kebaya encim. Near this beautiful stuff, there is a wooden peacock statue with feathers made of paper decorations usually used at Betawi ceremonial events. Two half faces of 'ondel - ondel', a traditional Betawi giant puppets, are hung at the ceiling to add the festivities.

The second window display of Alun - Alun is occupied by a kerak telor food stall. Kerak telor is one of Betawi famous culinary that is made mainly of duck eggs with other ingredients such as shredded dried coconut. The stall constructed on the display is very traditional one that perhaps no longer can be found. There is also a male mannequin wearing white T-shirt with Jakarta name on it, standing near, once again, the faces of ondel - ondel. 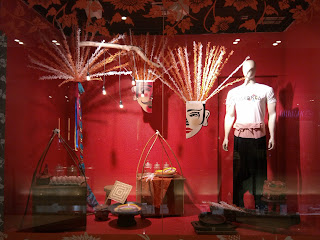 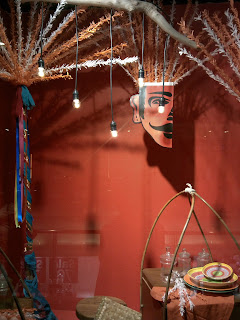 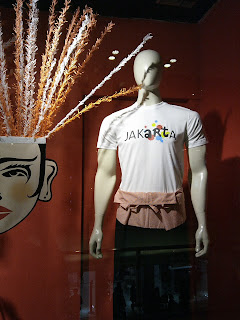 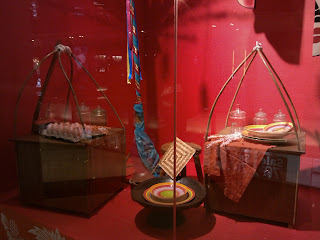 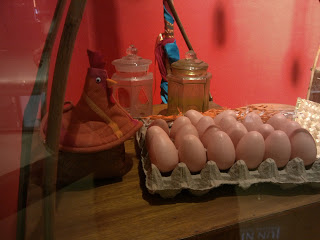 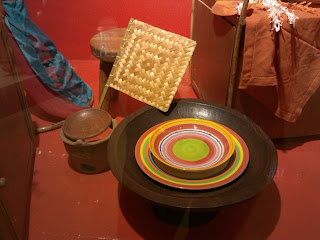 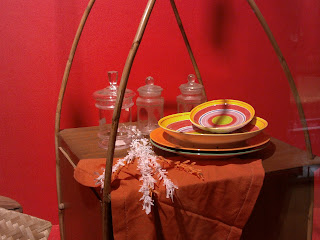 Hope this post can inform you visitors about my beloved city, Jakarta. If there is anyone here can explain more about the stuffs on my photos, I express my gratitude in advance.